The Energy Charter Treaty (ECT) allows coal, oil and gas corporations to obstruct the transition to a clean energy system. Help us disarm fossil fuel firms now, so they can no longer impede urgent climate action!

WILL YOU JOIN US? 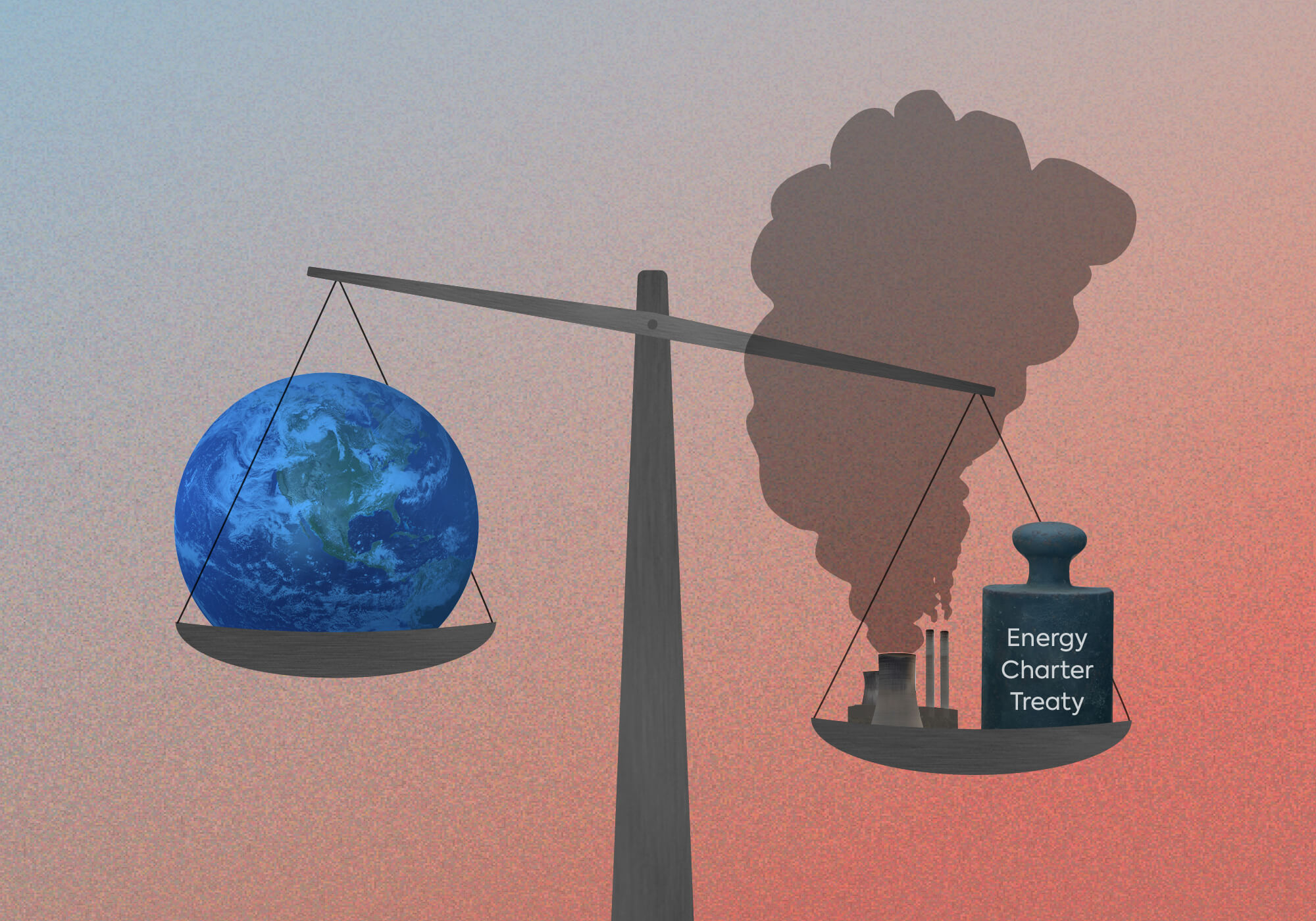 COUNT ME IN! SO WHAT DO WE DO?

To tackle the climate crisis we need to keep fossil fuels in the ground. But governments that phase out coal, end gas production, or stop oil pipelines can be sued by corporations in private courts and be held liable for billions in damages. The Energy Charter Treaty (ECT) makes it possible. Next week EU countries will start key talks on the future of this dangerous treaty. Although countries like Germany are dragging their feet, a growing number of powerful countries such as France and Spain are already calling on the EU to pull out. We need all European governments and the European Commission to pull out of this anti-climate treaty and stop its expansion to even more countries. For this to happen, the ongoing reform of the ECT needs to be seen as a failure and we need to step up public pressure. Join POW Europe, together with WeMove.eu, Climate Action Network Europe and other organisations, in this petition to request the EU to pull out of the ECT.

This petition is supported/run by a wide coalition of organisations, including Avaaz, Campact, Climate Action Network (CAN) Europe, Corporate Europe Observatory, Transnational Institute, WeMove and many others.

What is the ECT?

The Energy Charter Treaty (ECT) is an international agreement signed in 1994, which applies to more than 50 countries. The ECT is a tool allowing investors from other countries to sue states over government actions that have supposedly ‘damaged’ their investments in the energy sector. These claims are not handled in traditional courts, but use a parallel system, with compensation claims going up into billions of Euros. Considering the EU’s goal of achieving net-zero by 2050 and the newly adopted emissions reductions goal for 2030, the ECT is increasingly controversial – as it is an obstacle for the renewable energy transition and phase-out of fossil fuels.

How does the ECT undermine the clean energy transition?

Through the ECT foreign investors and companies have a possibility to sue governments for introducing policies, actions and regulations that could have negative impacts on their investment and profits. This leads to a situation where states have to make a cost-benefit analysis for the introduction of much needed regulations, laws and reforms to tackle the climate crisis, in relation to the penalty they would need to pay to foreign investors. That includes climate policies, for example German coal giant RWE is suing the Netherlands for €1.4 billion in compensation for the Dutch coal phase-out. Because the ECT’s legal regime favours investors, is unpredictable, and the fines that governments can be hit with are catastrophically large, the treaty acts as a strong incentive to delay, weaken, or drop much needed action to advance the energy transition.

Which countries are at risk?

What about the costs?