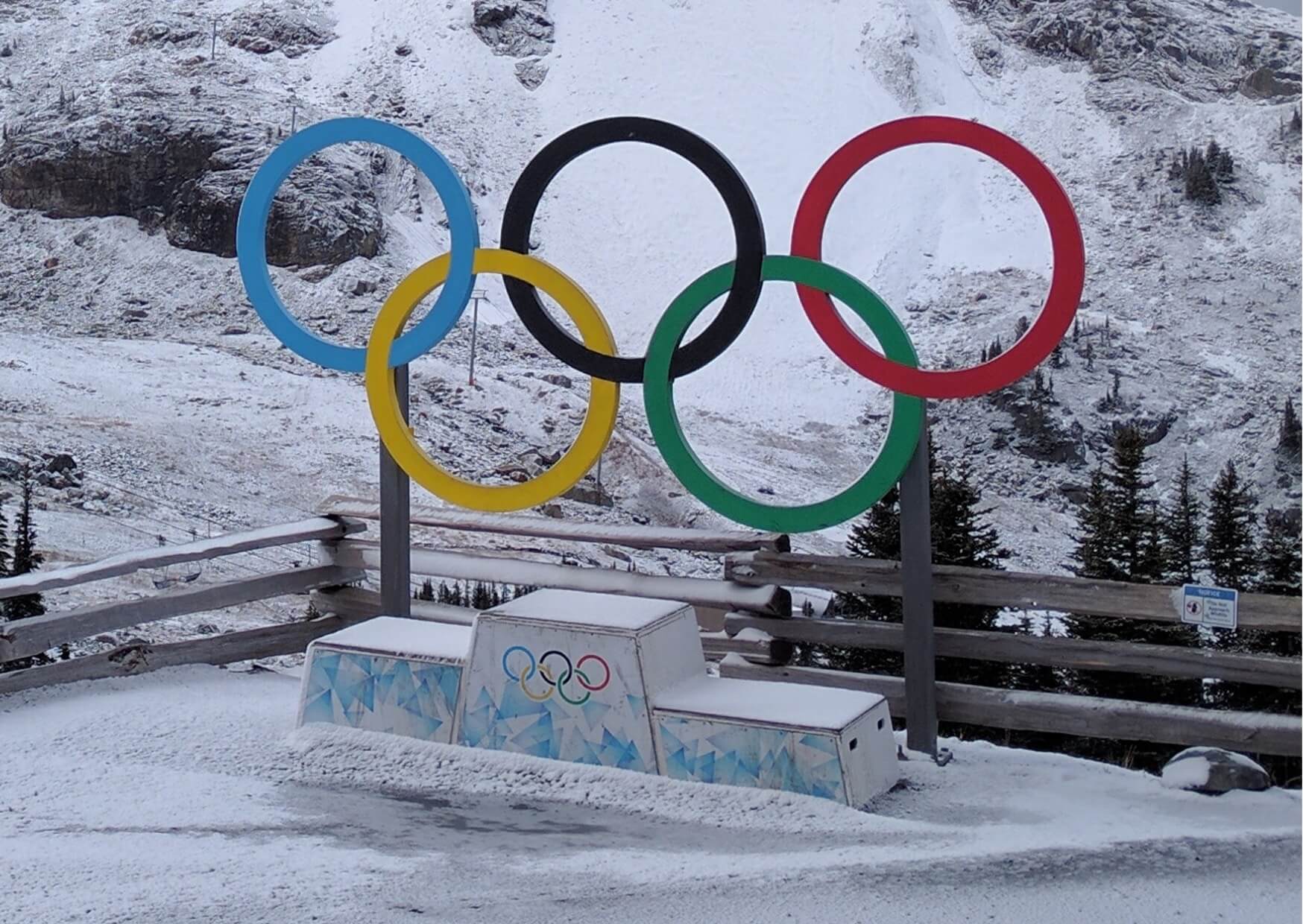 How the olympic movement is responding to the climate crisis

This is a guest commentary from Protect Our Winters Finland. The original text was published on the POW Finland website and can be found here. This version has been translated to English.

In addition to unsustainable human rights grievances, climate change is also putting a dark cloud over the Olympic Games. We asked a researcher, an Olympic athlete, a climate expert and a representative of the Finnish Olympic Committee how to make the Olympics more environmentally sustainable.

HOW HAS THE INTERNATIONAL OLYMPIC COMMITTEE (IOC) AND THE OLYMPIC MOVEMENT RESPONDED TO THE CLIMATE CRISIS?

“The IOC has at least acknowledged the climate crisis. In 2020 it published a plan to make the Games climate-positive after 2030. It remains to be seen how this will be put into practice. According to the same plan, the Beijing Games should also be carbon neutral and use only renewable energy.

On the other hand, from a climate point of view, we must also ask what the point is of building massive new venues, which will very probably become redundant after the Games.  We have similar examples, for example, from the Summer Olympics in Athens and the men’s football World Cup in South Africa. Even if compensation is provided, the most important thing and the first priority is to avoid unnecessary emissions. This is not the case now.”

“A review of the IOC’s sustainability sites shows that the IOC has responded to global environmental crises such as climate change and has developed a credible plan for a green transition in the Olympic movement. Targets have been set, environmental management practices are well developed or at least described and the implementation of measures is monitored.

What these measures have achieved is a different matter altogether. A reliable assessment would require a very wide-ranging and in-depth study and research. It is essential to generate and analyse monitoring data, firstly on how the material flows and the associated emissions from the Olympic Committee’s activities, the organisation of the Olympic Games and the Olympic Movement in general have changed over the 2000s, for example. The impact of activities on environmental awareness, attitudes and knowledge and on the organisational cultures of key IOC organisations should also be monitored.

The authors of the calculations for the London 2012 Olympics concluded that the Olympics typically represented an operating model that is completely unsustainable from an environmental point of view. A similar study of the current Olympics would allow the changes I have described above to be considered and the IOC’s direction of travel to be assessed. Hopefully, such a project is already underway or even in the pipeline.”

“The attitude and reaction seem like a disaster at the moment, with the Games in Beijing and once again a lot of venues built from scratch in the middle of nowhere. However, we must remember that these Games were awarded in 2015, when the IOC didn’t even seem to have an accountability plan. Now, however, it does. I myself went to a couple of Games, in 2014 and 2018, of which Sochi was the most expensive in history in terms of budget. There is no place for this kind of scandal anymore.”

“Climate work as part of sustainable development is embedded in the IOC’s priorities and is reflected in its dialogue with the Olympic movement.

The IOC is committed to being climate positive from 2024 onwards and to reducing its emissions in line with the Paris Agreement (50% by 2030).

In particular, the IOC encourages and provides tools for international sports federations and National Olympic Committees to participate in the Sports for Climate Action Framework with the UNFCCC. The Paris 2024 Olympic Games are already committed to climate positivity six years ahead of the IOC target date.

To make the Olympics more sustainable, efforts have been made to reform the standards for future Games: no new venues will be required, but venues can be allocated outside the host city or built on a temporary basis. Attention will also be paid to financial sustainability.”

WHAT ARE THE MAIN CHALLENGES AND DEVELOPMENTS IN THE CLIMATE WORK OF THE OLYMPICS TODAY?

“One clear area for development is related to sponsorship. These Winter Games are also sponsored by Toyota, among others, which will continue to produce fossil-fuel-guzzling and climate-crisis accelerating cars well into the future. So far, Toyota has only announced that its luxury car brand Lexus will be fully electric by 2035. Instead of being a platform for the fossil fuel industry and consumer culture, the Olympics could be a platform for building a better world, in line with the values of the Olympic movement.“

“Until now, perceptions of the social significance of competitions have been directly proportional to the material flows generated by them. The construction of venues and service infrastructure, the travel and service of spectators, and the television and other communication of the competitions have employed large numbers of people. All this has also meant the consumption of natural resources and the resulting emissions – material flows – from construction, land use, transport, the industrial manufacture of equipment and ancillary goods, waste disposal, etc. on a massive scale.

Achieving the IOC’s sustainability and climate objectives requires breaking this dependency and a new way of framing the social significance of the Olympic Games.

The thinking that follows from this line of reasoning leads me to ask questions such as: what would a socially significant Olympics be that is not justified by GDP growth and the associated material flows? How can the Olympic movement maintain its position as the forerunner and flagship of the international sports movement without extending the infrastructure required for the Olympic Games to countries and new cities and without recycling a massive competition organisation around the globe? There are plenty of challenges in answering these questions and the questions that follow.“

“The biggest challenges for the future will be to keep the Games in one place, with venues and facilities close by, or to ensure that they can be used after the Games. For example, some races have demolished newly built race villages, while others have been able to use the races to develop tourism in the area.

The next Games have been awarded to cities where the venues are in good shape, but the challenge will be to find similar ones in the future.

The IOC should reduce its own requirements. An example is the case of Oslo 2022, where a very good organiser withdrew from the event due to (political and commercial) demands. Splitting the Games a little but running them at the same time would be a workable solution, but would require a major fundamental change in the IOC.”

“The concept of the Olympics needs to be further developed to make it more attractive for more countries to bid for the Games, especially those with the know-how to organise sustainable events. Reducing the scale and the possibility of sharing the Games could be key solutions. The Finnish Olympic Committee is working to ensure that the awarding of rights to organise international sporting events is accompanied by responsibility criteria that emphasise both sustainable development and human rights.”

WHAT ARE THE BIGGEST OPPORTUNITIES FOR THE COR AND THE OLYMPIC MOVEMENT TO SLOW DOWN THE CLIMATE CRISIS?

“The Olympic Committee could set an example for other sports federations in the selection of venues and ensure that unnecessary massive buildings are no longer built. The second possibility is precisely related to sponsorship. A refusal to cooperate with fossil fuel companies would be a good continuation after the venues have been carefully selected.“

“The IOC should certainly explore and develop its potential to be a major global environmental awareness and educator.

The IOC and the Olympic Games reach out to groups of people and audiences who, for one reason or another, are not exposed to or sensitive to the messages of traditional environmental policy actors.

It may therefore be that the IOC and the international Olympic movement provide a frame of reference within which the abstract and elusive threats of global environmental crises such as climate change are presented in an understandable form to audiences who follow sport and consume sports entertainment.”

“The Olympic brand is protected and political statements are restricted. But they are political actors themselves, whether they like it or not. This is also a huge opportunity for them. What else could the Olympic movement use its influence for?

Protecting the brand, for example, means that every Games, teams are dressed for three weeks in new clothes for the equivalent of two suitcases. What requirements does the IOC impose on them?”

“Raising awareness by influencing the global Olympic movement. Increasingly partnering with the UN and other key sustainable development actors.”

“The Beijing Games will be the first Winter Games to be held almost entirely on artificial snow. Hopefully, history will remember the Beijing Games as the groundbreaking event that sparked the necessary change,” write Protect Our Winters Finland’s chairman Miikka Hast and vice-chairman Niklas Kaskeala in Helsingin Sanomat. (The Finnish Olympic Committee’s response to the article can be found here)

“Many children starting their winter sports hobby this winter may well be aiming for the 2050 Winter Olympics. The Olympic movement must do everything in its power to ensure that winter sports events can still be held then.“

“This is the new social justification for the Olympic movement in an era of climate crisis. The Games reach billions of spectators and have a fantastic unifying power. It is absolutely worth harnessing this power to mobilise people to fight the climate crisis.” Kaskeala and Hast emphasise.