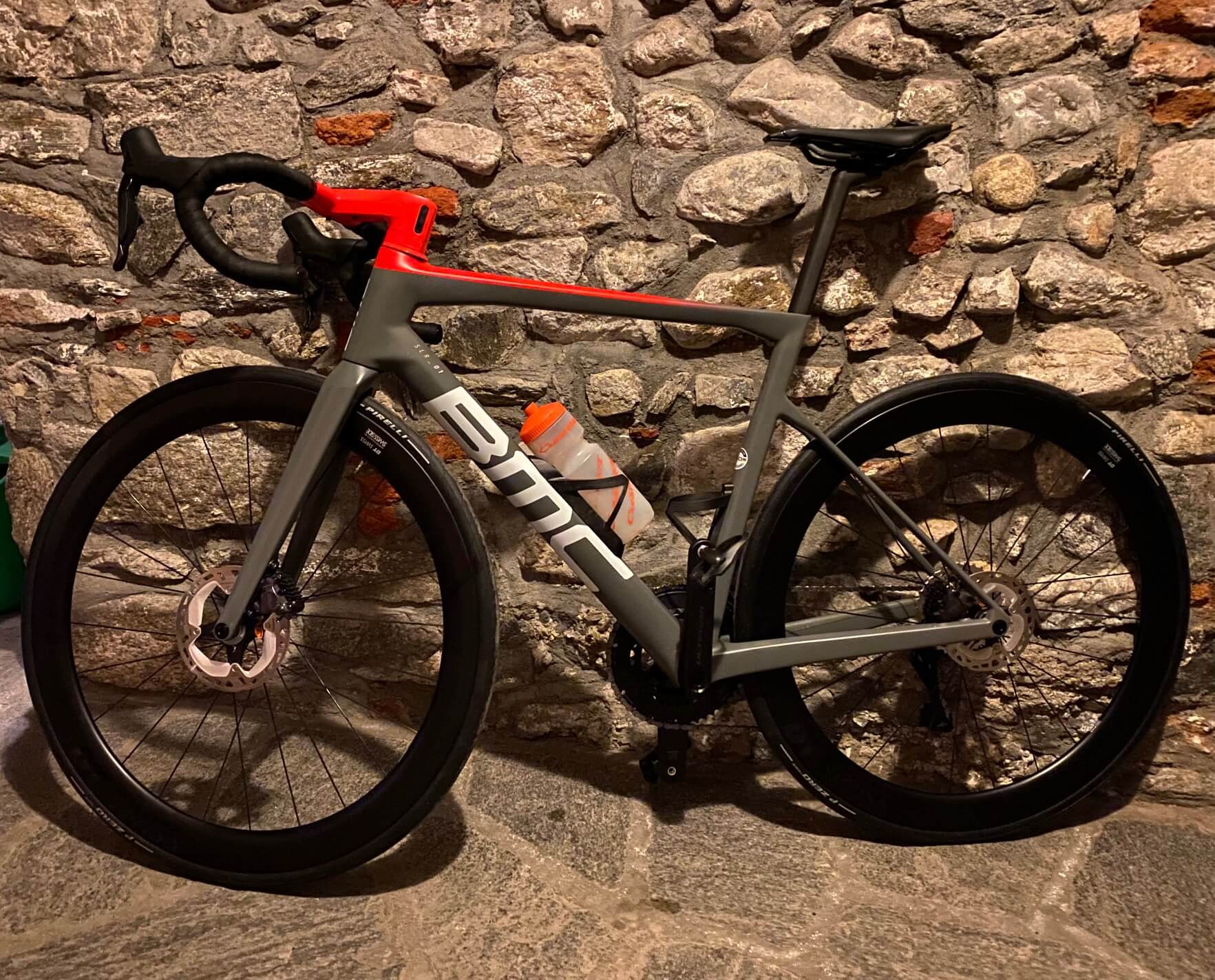 How long do you think it takes to fly from Sweden to Italy? If you guessed three-four hours, you’d be on target. But what if you wanted to bike it? For dedicated POW member Pär Johan Åstrand, he’s given himself 32 days, or 768 hours to be exact.

Pär has invited us to join him on a unique bike journey across a raw, unfiltered Europe. His chosen route mixes high mountains, cities, coasts, and countryside, and comes with one main goal: to spread awareness and information about the melting of glaciers and address the key drivers of climate change.

Pär’s adventure will begin near his cabin in Falun, Sweden. With more than 3,000 kilometres lying ahead, his legs will carry him across Denmark, Germany, France, and Switzerland, before coming to an end near his home in Monte Rosa, Italy – the second highest mountain in western Europe after Mont Blanc.

Monte Rosa massif with its highest peak, Dufourspitze (4,634 m) and Monte Rosa Glacier as seen from Gornergrat in Wallis, Switzerland in 2012 August. Photo credit: By Ximonic (Simo Räsänen) – Own work.

The Consequences of Glacier Loss

As a dedicated freerider who spends most of his time playing in the Italian Alps, Pär has been watching his local glaciers melt for the last decade. Coupled with a clearly diminishing snow cover, it has become clear that the sport and lifestyle he loves most are being threatened by climate change. Such a realisation has been Pär’s biggest reason for joining Protect Our Winters and for the 3,000km trip he will soon embark on.

If you have spent any time in a high mountain region, it’s likely that you too have seen these obvious indicators of climate change. But for most people, glaciers exist out of sight and out of mind, making it hard to understand their importance in regulating economies, ecosystems, and water cycles. But this doesn’t change the data; receding glaciers are leading to large-scale environmental transformations and will have profound and far-reaching impacts on our world.

Lastly, there is the issue of increased atmospheric CO2; because mountain wetlands can store over a thousand tons of carbon per hectare, the loss of glaciers and glacier-fed streams potentially transforms these environments from carbon sinks to carbon sources. (Mountain Research Initiative)

Protecting the Places we call Home

Pär, an avid outdoor enthusiast whose love of the mountains has come to extend beyond his skis, is not willing to lose the places he loves as a result of climate change. Since purchasing a bike back in 2012 as a method of transportation, he has gradually been enamoured by the sport. Today he logs over 8,000km per year, namely in the country he has come to call home.

“Italy is the place that supports me. It’s where I do my hobbies and live with my family. The least I can do is draw attention to the climate crisis happening in her mountains. And so through this project we are collecting donations to help support our newest national organisation: POW Italy. We are planning to use most of what we raise to study the glaciers of Monte Rosa.”

Preserving a way of Life

Pär’s journey is more than a meticulously planned long distance cycle adventure with a touch of competition via Vätternrundan – a 315 km race held annually in Sweden. His journey also fits in with his work regarding EU agricultural policy, where he has been fighting for years to introduce a more environmentally friendly agriculture system via “green” farm subsidies.

“Having the privilege to cycle through a sustainable landscape is something that we, and more particularly our children, must be able to enjoy. By teaming up with POW, I feel like I can help unite passionate outdoor people around the world, people who – just like me – want to protect the places and lifestyles that make us who we are. While the two winter-sport paradises of Lugnet in Falun and Alagna, Monte Rosa may lie thousands of kilometres apart, they share the same need for protection.”

“It was a particular motto of theirs that really stuck with me which explained how you don’t have to be perfect to contribute to climate work. Strive for improvement instead of seeking perfection. And this got me thinking about not only my journey, but all the things each of us can do as individuals. What we’re doing isn’t about saving the planet, it’s about saving our way of life for generations to come.”

To follow along with Pär on his bicycle journey across Europe, check out his Komoot route (part one or part two). You can also keep an eye on our social media channels; kicking off on June 14th, we will be checking in and offering regular updates on his progress via Instagram and Linkedin.